What are the major uses for medical Marijuana? 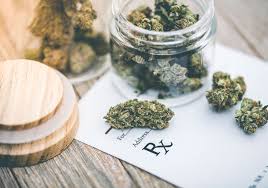 The use of Marijuana is one that has generated debate for decades but in this article I will focus on uses for medical Marijuana and a bit of its history.

What are the major uses for medical Marijuana?

Medical Marijuana, also known as medical cannabis, is a term for the Cannabis sativa plant derivatives. These derivatives are used to treat symptoms caused by certain medical conditions. Some of the active compounds in Cannabis sativa are; delta- 9 tetrahydrocannabinol (THC) and Cannabidiol (CBD). For smokers of Marijuana, it is the (THC) that is responsible for making them ‘high.’ Below are some of the uses for medical Marijuana.

The origin of Medical Marijuana can be traced back to the ancient world more than 5000 years ago. The one direct evidence of Marijuana use was around 400AD. Ashes that contained THC was traced

This is one of the most common medical uses of Medical Marijuana worldwide. This drug is very effective for chronic pain especially experienced with old age. It might not be strong enough to get rid of severe pain. Still, research has it that it has helped many people with arthritis, migraine, endometriosis, and fibromyalgia.

The Cbd in Marijuana can slow the growth of cancerous cells in the body. Doing this inhibits the spread of cancer in the body, hence prolonging the patient’s life span. It is also believed that it can treat some cancerous cells though that is not yet proven.

Depression is a mental health disorder that is characterized by a loss of interest in activities and moodiness. Depression is so bad and can sometimes be fatal, but what is worse is that one can suffer from it even without knowing.

Another proven medical use of medical cannabis is during the loss of appetite and weight control. After the use of Marijuana, one feels hungry and craves food.

A few years ago, the Food and Drug Administration approved the usage of a medication containing CBD to treat epilepsy. In 2017, a study found out that there were far fewer cases of seizures among those who used CBD drugs compared to those who were on treatment with placebos.

A study has it that smoking Marijuana, or using related products, may help people with alcohol dependency reverse their condition.

Despite the use of Marijuana causing one to have ‘munchies’ and eat a lot, research proves that its users are less likely to become obese.

With research still being done, I am pretty sure that more uses of medical Marijuana are yet to be discovered, and that being said, can it also be harmful. Of course, if abused or used in excess, it will negatively affect the user. Many people have complained of hallucinations and being absent-minded after using Marijuana because of the THC component. It is this component that is responsible for the ‘high’ effect.

Shiva Buzz of BC